How To Unblock The Root Chakra

The first of the seven main chakras, is located around the tailbone at the end of your spine. It controls the area of good health in our bodies and gives a sense of security to the earth. 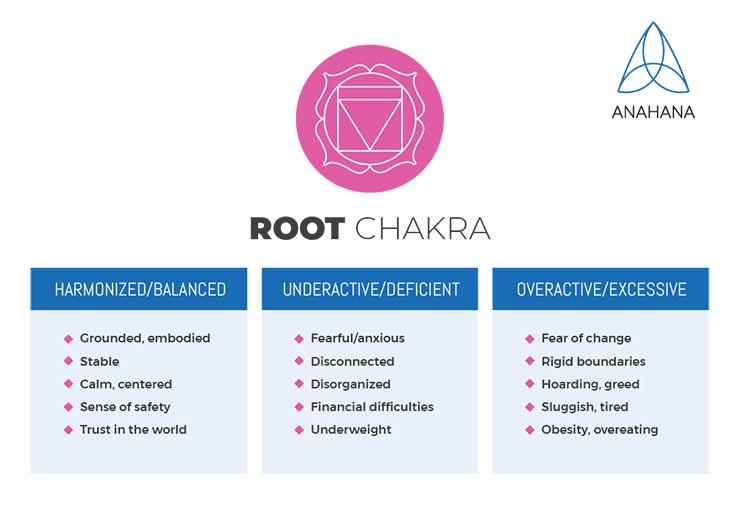 Location: Base of the spine

The chakra system came into existence between 500BC-1500BC in India. It was first mentioned in the text of the Vedas and introduced as an energy system.

The Root chakra represents the earth and is the first of the energy system that provides the body with a foundation and grounding. In Sanskrit, the root chakra is called Muladhara Chakra, which means root (Mula) and base or support (adhara).

What Does The Root Chakra Do

The root chakra is spiritually powerful and connected to a person’s ancestral history which means they can carry the energies from the times of their ancestors. These energies may cause traumatic behaviors if healing doesn’t take place. There are a number of yoga poses/stretches that help to heal the root.

When your root chakra is blocked you may see the following symptoms:

There are other physical and mental ailments that are directly connected to the root chakra.

HOW CAN YOU UNBLOCK YOUR ROOT CHAKRA

Here are some ways to find balance with the root chakra:

Questions You May Still Have?

How does it feel when the root chakra is opened and balanced?

There is a sense of safety with a person when they are feeling balanced. A balanced root will also give an individual confidence and an ability to feel comfortable in the world.

Can the root chakra be overactive?

When your root chakra is overactive you could experience a variety of symptoms such as panic, anxiety, low self-esteem, and eating disorders.

WHY DOES MY ROOT CHAKRA HURT?

If you are feeling pain in the pelvic area it can be a sign that the root chakra is unbalanced.

Can Stones or Crystals Help The Root Chakra?

These stones and crystals may be combined with your daily meditation, in home accents, jewelry made with them, and having them close to your physical being.

2 Responses to How To Unblock The Root Chakra